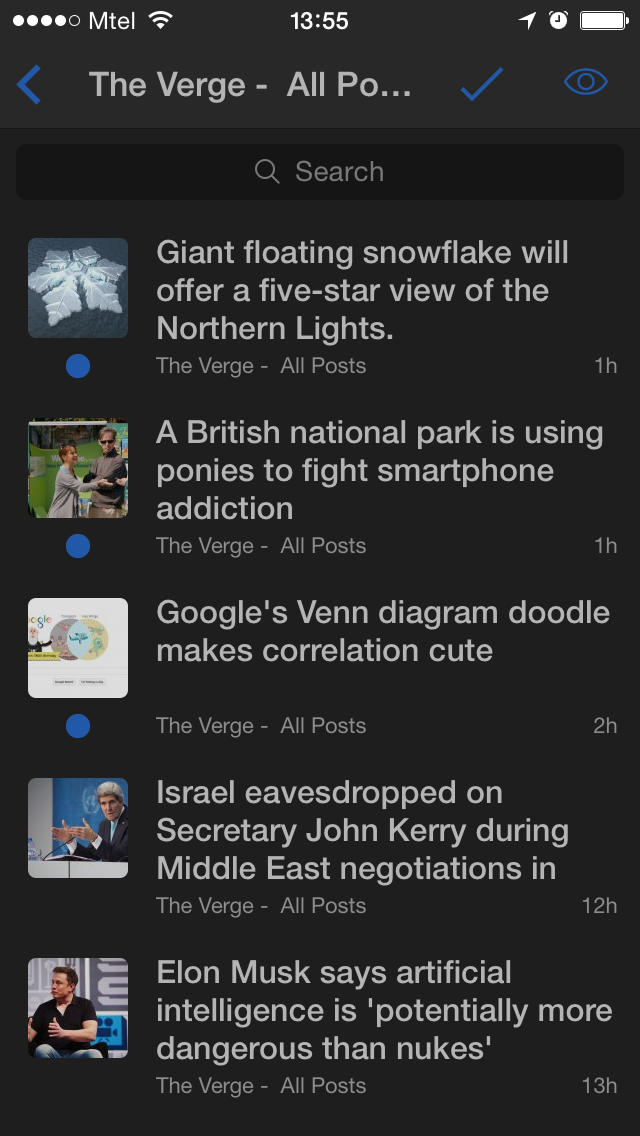 Our iOS app was updated yesterday to version 1.3!
This update brings the much anticipated dark theme, as well as saving to Pocket, Evernote, Instapaper and Readability. We have spent a lot of time tweaking and fine tuning the dark theme so it’s easy on the eyes especially in dark environments. Just try it out during night time and you’ll surely appreciate our efforts.

And if that’s not enough for you, we’ve added even more features!

Here are some shots from the new sharing screen. The first one is showing the screen when invoked from the article list (by swiping an article to the right). It has the additional Actions section, allowing you to star and tag articles, as well as marking them as read/unread without opening them. Some notes about this version:
If you already have the app on your iPhone or iPad, just open up the App Store and update it.
If you don’t have it, why not install it right now?

Stand by for more updates! iPad version is coming soon too.
P.S. huge thanks to the Apple guys, who reviewed the app in less than 2 days!
—
The Innologica Team