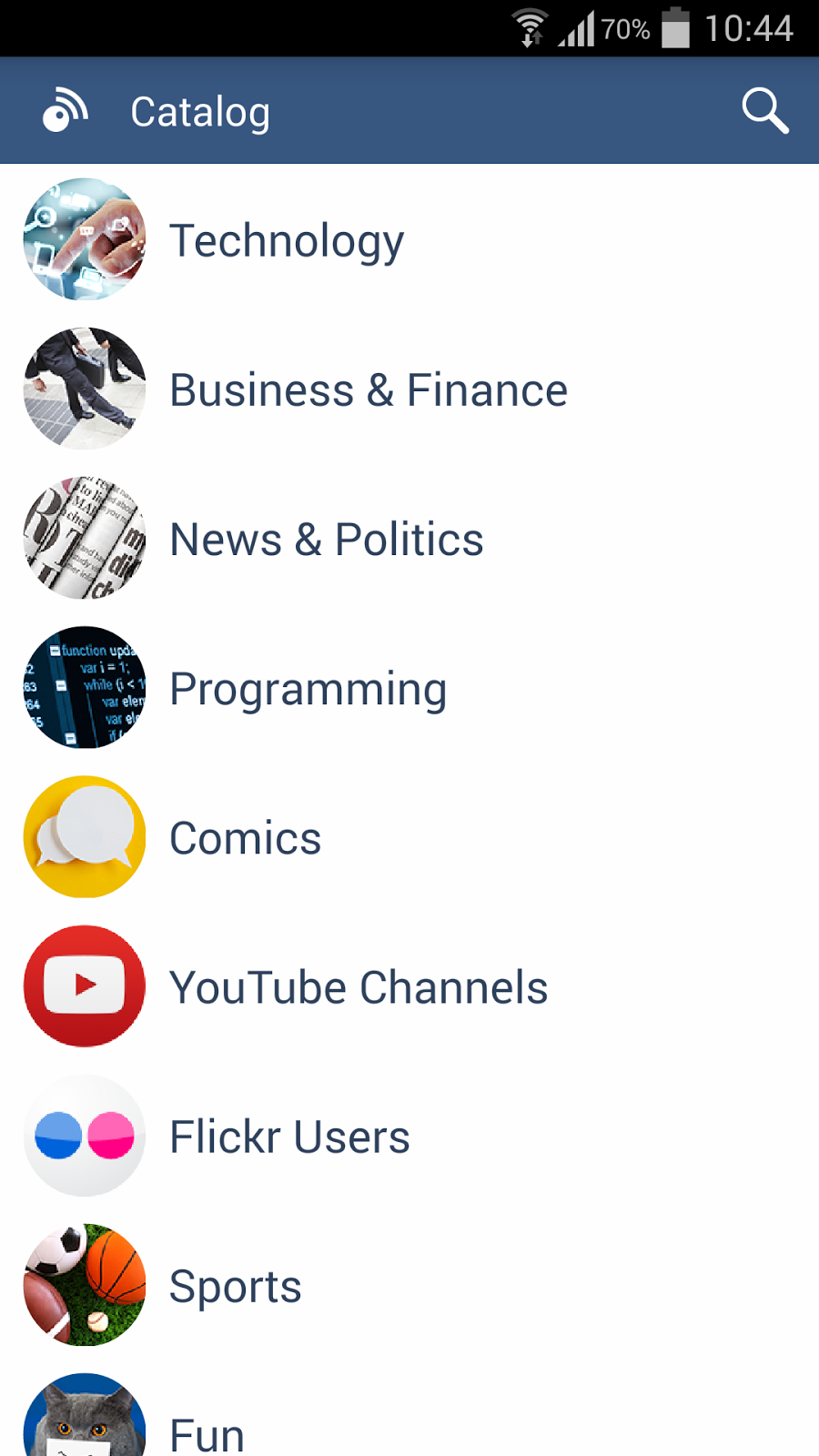 Ever since we launched our Android app back in July 2013, we were building it as a companion for our web version. A lot of research and development went into features and performance improvements and we admit that the design was left behind. What’s more, as the app was not meant to provide a mobile-only experience, it was not at all friendly to new users.

All this is changing today, with our 2.0 release of the Android app.

We took our time to finally refine the user interface and bring it up to date with its web counterpart. All themes were redesigned and a completely new Aqua theme was added. The Light, Dark and Black themes were retouched. Although we are especially proud of our new Dark theme, we have decided to keep the Black one too, because it really saves some battery on those AMOLED screens.

Here are some screenshots of the app in action: The catalog and the home screen. Another big change that new users will appreciate is the completely overhauled Sign-In and Registration screen. The new landing screen also allows you to Sign-In via Facebook.
You can now browse our catalog with 25,000+ hand-picked feeds without even registering.

Finally, we have spent a great deal of time analyzing crashes and bug reports sent by you. We think we have fixed every reported issue to date. Of course, it’s possible that the current version has new bugs and with the huge variety of devices and Android versions it’s not possible for us to catch every error in advance, even though we have been publicly beta testing the app for almost a month now.
As always, if you spot an issue let us know in our forums.

More features are planned for the near future like integration with Pocket, Evernote, Instapaper, Readability and OneNote; full-blown social features like in the web version; grouping by feed and date; better gestures and much much more…

As a final note, we had to temporarily disable the swipe-to-read for article list, because it was not working well enough. We are now making a better swiping mechanism and it will be back in one of the next versions.

To update, just open My apps section in Google Play. If you still don’t have Inoreader installed, get it from this link: